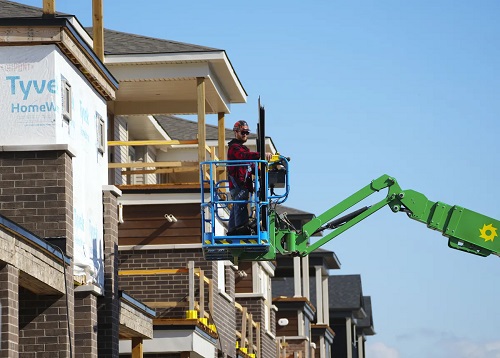 The Ontario government is amending parts of its sweeping draft legislation aimed at speeding up housing construction, but critics say the move does little to fix the bill, which they charge would shift billions of dollars in infrastructure costs now covered by developers to municipalities and weaken environmental oversight.

On Monday, the ruling Progressive Conservatives put forward a series of changes to its housing bill, Bill 23, which was before a legislative committee scrutinizing the draft legislation at Queen’s Park. Among the adjustments is the withdrawal of a proposal that would have banned all “third-party” appeals, such as those launched by residents or environmental groups, of projects before the province’s land tribunal.

The government also put forward a revision meant to allow Toronto and other cities to continue to have some purview to enforce “green building standards” on developers. It also proposed making the bill’s steep discounts on fees for certain development projects retroactive, even applying to those already in process – including some units not deemed “affordable.”

NDP MPP Jessica Bell said the changes do little to mitigate the damage she says the bill will do to the environment or help it make more of a difference to Ontarians who need affordable housing. She also said the government’s amendment to allow municipalities to maintain environmental standards for buildings would only provide for what she said would be watered-down rules.