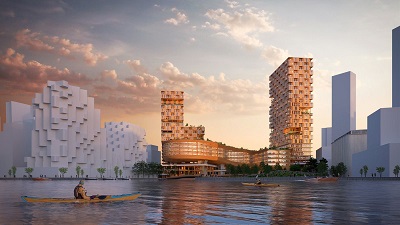 As reported in The Globe and Mail, Ontario named four new directors to the board of Waterfront Toronto Thursday, nearly three months after Infrastructure Minister Monte McNaughton fired its previous slate.

The province fired its directors in early December after the auditor-general’s annual report raised concerns about the procurement process, governance, and timelines around Waterfront Toronto’s partnership with Google affiliate Sidewalk Labs to develop a digital-first community on the shore of Lake Ontario. The project, on a 12-acre plot of land at the foot of Parliament Street called Quayside, was first announced in October, 2017.

Also joining the board are Andrew MacLeod, the president and chief executive officer of Postmedia, and Kevin Sullivan, the deputy chairman and past CEO of GMP Securities LP. Both have deep connections to technology through Research in Motion, the company now known as BlackBerry: Mr. McLeod is a former senior vice-president, and GMP took RIM public as it began its journey taking smartphones into the mainstream.

Patrick Sheils, co-president and co-CEO of Laurentian Bank Securities, will also join the board to represent Ontario. He has spent more than a quarter-century working in financial markets, including with National Bank of Canada.