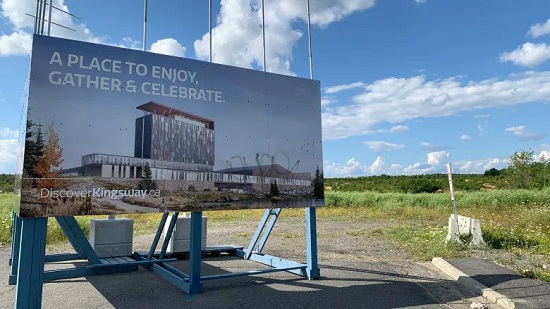 Just two companies have submitted bids to design and construct Sudbury’s new event centre on the Kingsway, in response to a request for proposals (RFP) issued by the city.

In January, the city announced that three companies had been short listed for the RFP process. But the deadline was Thursday, and only two companies submitted bids: Ball Construction Ltd. and PCL Constructors Northern Ontario Inc.

EllisDon Corporation, which had been short listed, did not submit a bid.

That news lead to a dustup during Thursday night’s city council meeting, between Coun. Geoff McCausland and Mayor Brian Bigger.

McCausland raised concerns over the fact that Dario Zulich, the site developer, is the CEO of TESC Contracting Company, which partnered on Ball Construction’s bid — which is now competing against just one other company.

McCausland said he’s heard concerns from many residents, but said until now, he was confident “that the process was legitimate,” because there were two other large companies also involved in the competitive bidding process.

He said it was “alarming” to see that only two companies had submitted bids, meaning less competition.

“We’re down to two bidders on the largest investment in our city’s history, and we’ve lost EllisDon. I find this disappointing news for the whole community,” McCausland said.

The Mayor interjected as McCausland spoke, suggesting the councillor may have contravened city rules.