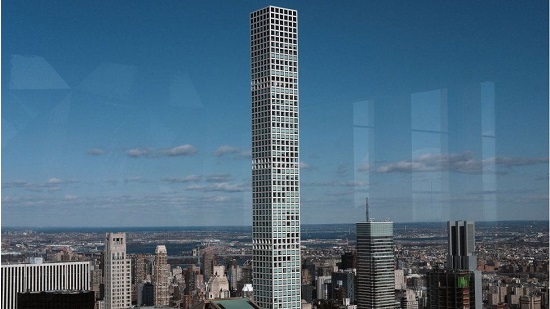 Now, the occupants of 432 Park Avenue are suing its developers for failing to address some1,500 alleged defects.

The lawsuit claims that the building’s problems have “endangered and inconvenienced” residents and guests.

The skyscraper opened in 2015 on Manhattan’s so-called Billionaire Row.

Buyers have included Jennifer Lopez and former fiancé Alex Rodriguez, Saudi retail magnate Fawaz Alhokair and a member of the family that owns the Jose Cuervo Tequila brand, according to the New York Times. Individual units sold for tens of millions of dollars each, the paper said.

The $250m lawsuit filed to New York’s Supreme Court on Thursday said issues in the building have included an electrical explosion in June that left residents without power and “horrible” inexplicable noises and vibrations.

The figure does not include punitive damages or individual lawsuits that may come later.

A total of 1,500 construction and design flaws were identified by engineers hired by the building’s condo board.

The New York Times quoted one resident as describing the tower’s rubbish chute as sounding “like a bomb” when used.

Many of the issues are described in the lawsuit as “life safety issues”. The suit alleges the building’s lifts, for example, have left residents stranded for hours at a time on several occasions.

“Unit owners paid tens of millions of dollars to acquire units. Far from the ultra-luxury spaces that they were promised, however, unit owners were sold a building plagued by breakdowns and failures,” the complaint said.

The building’s sponsor – a company formed by developers CIM Group and Macklowe Properties to build the tower – said in a statement to local media that 432 Park is “Manhattan’s premier resident” and an “iconic addition” to the skyline.