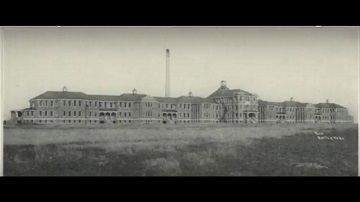 Old Saskatchewan Hospital expected to be demolished next spring

As reported on BattlefordsNow.com, the bell will soon toll for the former Saskatchewan Hospital.

The province confirmed the building will likely be demolished in the spring of 2020 as it has not received any response from its request for proposal (RFP) to purchase and redevelop the site.

“The building and the property has its challenges because of its age,” Ministry of Central Services Property Management Division Assistant Deputy Minister Nancy Cherney said.

Cherney wasn’t surprised in the lack of those who want to take on the challenge of redeveloping the site, however she was a little disappointed.

“We thought there was some interest from inquiries we received prior to that, some legitimate opportunity there, but it didn’t turn out to be that way, so we just move on to the next step,” she said.

The province will save several structures on the property for their historical and cultural value. This includes the historic chapel that was hand-built by a stonemason who was a resident at the hospital for a number of years, the Veterans’ Park, and three cemeteries.

The remaining buildings not designated for preservation, such as the curling rink and former correctional facilities, will need to be taken down if they are not removed.

The Drumming Hill Youth Centre is not part of the property in question and will remain open.

Cherney said central services was in contact with the Battlefords North-West Historical Society as they wanted to try and preserve some part of the hospital for its historical significance as it was the first mental health facility built in Saskatchewan.