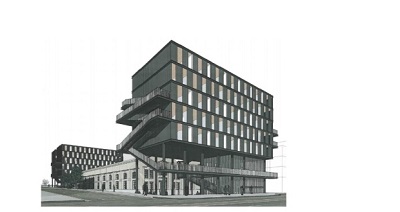 The next phase of James Avenue Pumping Station redevelopment has been given the go-ahead at city hall.

Winnipeg city council’s property committee voted Friday at a special meeting to approve an appeal that removes a hurdle in the way of the construction of two new buildings on either side of the downtown heritage structure.

Heritage restoration specialists Bryce Alston and Rick Hofer purchased the 106-year-old pumping station from downtown development agency CentreVenture in 2016, ending a 15-year struggle to find someone willing to both preserve the unique, heavy machinery inside the building as well as find a new, commercially viable use for the old pumping station.

The developers are spending $20 million on an adaptive reuse of the structure that’s taking place in two phases. As part of the first phase, offices have been installed in the pumping station’s rafters, preserving the machinery below and allowing views of the enormous steam-era equipment.