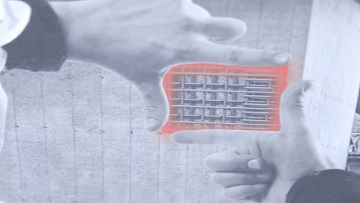 As blogged on Stuff.co.nz, new imaging technology has revealed hundreds of major buildings nationwide have defective or missing concrete or reinforcing steel.

Concrete investigators say their scanning shows many buildings have not been constructed according to the plans.

It is using ultrasound technology developed with Crown agency Callaghan Innovation, to look up to two metres inside concrete columns, beams, walls and floors.

The technology is “pioneering”, Dr Paul Harris of Callaghan Innovation said. They also use ferro-scanning and ground-penetrating radar.

Critical structural parts were defective or missing in 1100 of the 1200 buildings they had scanned since 2016, Ms Roach-Gray said.

“The divide occurs between what’s in the plans and what ends up in the structure,” she said.

“Some key structural elements are not going in correctly or they’re not going in at all, and of course, once they’re covered up with concrete, we – any of us – don’t know what’s actually gone into the building.”

Her partner Michael Roach-Gray has four decades experience managing construction sites. He thought he had seen it all, until he began looking inside concrete.

“Cover it in concrete, nobody will know,” he said.

“And when the structural elements aren’t there, like they should be, like they’re on the drawings, and they’re sitting in the waste bin at the skip, they just say, ‘Oh, nobody will know’.”

The weakened structures include apartment blocks, offices, public building, most constructed since the 1980s, and some new or still-to-be-finished buildings, including in Auckland, Hamilton, Tauranga, Hawke’s Bay, Wellington and Christchurch.