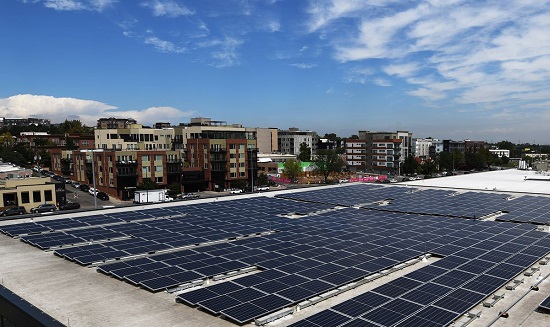 A San Francisco startup is looking to capitalize on the efforts by colleges, offices, and corporate campuses to reduce their carbon footprints. Station A is an online marketplace that connects building operators with businesses offering solar paneling, battery storage and electric vehicle charging.

Part of a wave of technology companies offering services to ease the transition to net zero, the venture has given an “energy grade” to more than 765,000 buildings in the U.S., representing over ten thousand square feet. The grade is based on a building’s estimated long-term savings from efficiency upgrades. To make its calculations, Station A combines financial, satellite, utility and proprietary data. The startup plans to take a commission from deals cut on its marketplace, although it declined to share the terms.

Chief executive officer Kevin Berkemeyer says the startup is like a “Zillow of clean energy.” And he argues that its central marketplace replaces the existing convoluted system for purchasing. “We’re mainly competing with the status quo,” he said. “At the end of the day, the customer’s interests are not well represented in the in the traditional process.”

In 2018, Station A spun out as a standalone company from NRG Energy Inc., the oil and gas firm that, like its peers, has invested into Silicon Valley as part of its promised shift to more renewable production. Berkemeyer said the Texas company, where he previously worked, is a shareholder in Station A.