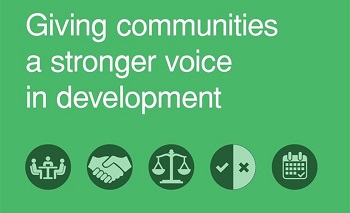 Upset about too-big condos and wonky zoning decisions in your neighbourhood? You’re not alone.

But this week, the province of Ontario will introduce a new process for appealing those decisions.

On April 3, the Ontario Municipal Board (OMB), the quasi-judicial body that deals with development proposal appeals, will become the Local Planning Appeal Tribunal (LPAT).

And many are happy to see it go.

The much-criticized OMB was often perceived by municipal councillors and communities as being too deferential to developers.

So in early 2016, the province launched a review of the OMB — spearheaded by Yasir Naqvi, Ontario’s attorney general and the MPP for Ottawa Centre — and held public town halls across the province.

Hundreds of people submitted comments and complaints, leading to the creatively-named Building Better Communities and Conserving Watersheds Act 2017, which abolishes the OMB altogether and substitutes the scaled-down LPAT in its place.

Here’s what that may mean for you and your community.

A tale of two tests

One of the most important changes is the legal test the tribunal will now use to decide whether a development proposal should go ahead.