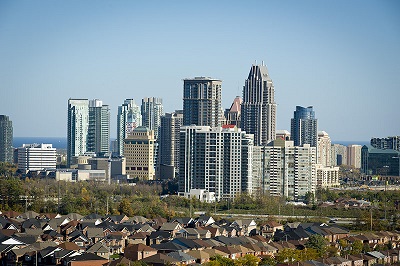 If there’s one thing Mississauga isn’t afraid of, it’s growth—and lots of it.

The city that’s tackling a range of infrastructure and development projects (the Hurontario LRT, Inspiration Lakeview, Inspiration Port Credit, Reimagining the Mall and more) recently announced that it issued more than 4,000 construction permits in 2017, an increase of approximately eight per cent from the previous year.

The total value of construction permits remains at $1.3 billion for the third consecutive year.

“Mississauga is a leading destination where people choose to build a more promising future,” said Mayor Bonnie Crombie. “With our strong economy, an educated workforce and good transportation network, Mississauga continues to be a forward thinking and growing city. These significant and ongoing building investments help strengthen Mississauga’s tax base which allows council to fund future projects and important resident priorities we all rely on, including libraries, community centres and public transit.”

A vibrant and developing city could also (in theory, at least) look good to Amazon—a company that’s considering the GTA as a possible future site for its second North American headquarters (HQ2).

The city says it issued permits 10 per cent faster than in previous years with the full integration of ePlans into the building permit process.

Approximately 79,000 building inspections were also completed by the city on permits issued.

According to the city, life has also been made a little easier for residents who want to register secondary units (better known as basement apartments).