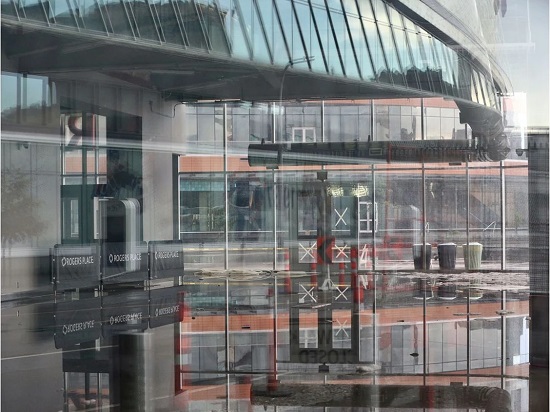 A contractor that helped build the home of the Edmonton Oilers is facing a lawsuit over flooding at the facility two years ago.

Last month, the Oilers Entertainment Group and Edmonton Arena Corp. filed a lawsuit against the mechanical contracting company that designed and installed the roof drainage system at Rogers Place.

The June 23 statement of claim says Arpi’s North Inc. improperly installed pipes that buckled under the weight of a sudden summer storm weeks before Rogers Place became one of two “bubbles” for the NHL’s 2020 playoffs.

The water damaged three areas on the south side of the downtown arena, including parts of Ford Hall.

Arpi’s has not filed a statement of defence at the time of this article and did not respond to an email seeking comment. Statements of claim and defence contain allegations that have not been tested in court.

The July 16, 2020, storm produced dime-sized hail and torrential rain that battered the city during the early months of the COVID-19 pandemic.

According to the claim, three of Rogers Place’s rainwater lines failed, inundating parts of the facility with water.

The plaintiffs say this occurred because Arpi’s failed to install the necessary bracing to support the fully loaded pipes. The claim says the company was supposed to install pipes that were 16 inches in diameter, but instead went with 15-inch pipes, a setup that allegedly went against the construction specifications, the manufacturer’s recommendations and the national plumbing code.