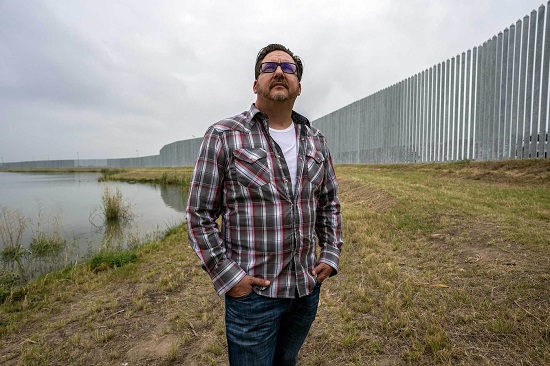 Calling it the “Lamborghini of walls” Tommy Fisher is looking for someone to buy the $30 million wall bordering the United States.

In 2020, 51-year-old Tommy Fisher completed a 3-mile wall at the US-Mexico border in Texas, and now it is up for sale! The wall is made up of 15,000 steel posts, spaced at 5 inches apart, and runs along the Rio Grande river, creating a private boundary between US and Mexico.

According to Bloomberg, Fisher said he started building the wall as a personal project when Donald Trump was elected as President of the United States in 2016.

Back in early 2019, an organization called We Build The Wall, paid Fisher’s company, Fisher’s Industries, $6.9 million to build a half-mile section of the wall in New Mexico. Fisher began construction late 2019 on a second portion of the wall in Texas when he received an additional $1.5 million. He parted ways with the organization and continued building the second wall which increased the cost to $30 million, 20 times more than the original estimate.

Fisher faced criticism of his construction of the wall, with some saying that it was built too close to the river, poorly designed, and could possibly create more flooding issues in the area.