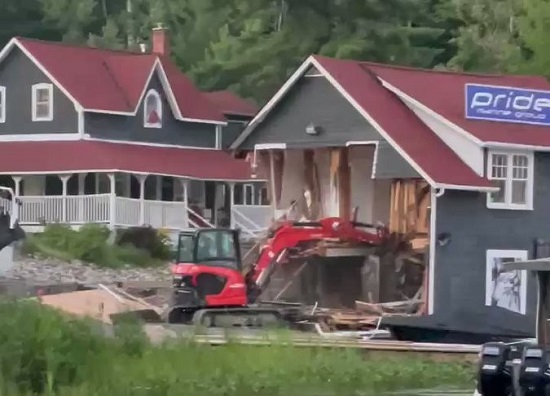 A man has been charged after a video captured a building being destroyed by a person operating an excavator at the Pride of Rosseau Marina, in the Muskoka Lakes, a summer getaway for many of Ontario’s wealthy, known for its luxury cottages and expensive boats.

Police arrived at the at the marina on the evening of July 21, Muskoka 411 reported. A 59-year-old man, who was a former employee on the property, was charged with mischief over $5,000 in relation to the incident.

The footage was shared online and the comments indicate that the damage was done by an “angry employee.” It shows an excavator clawing through the second floor of a Pride Marine Group building, tearing through its walls.