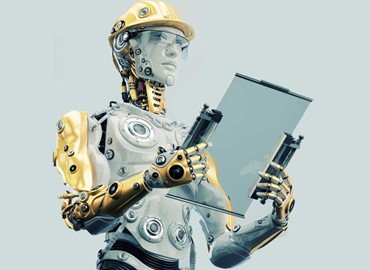 A look at the rise of construction robots

Blogged on Design Engineering, as a teenager working for his dad’s construction business, Noah Ready-Campbell dreamed that robots could take over the dirty, tedious parts of his job, such as digging and levelling soil for building projects.

Now the former Google engineer is turning that dream into a reality with Built Robotics, a startup that’s developing technology to allow bulldozers, excavators and other construction vehicles to operate themselves.

“The idea behind Built Robotics is to use automation technology make construction safer, faster and cheaper,” said Ready-Campbell, standing in a dirt lot where a small bulldozer moved mounds of earth without a human operator.

The San Francisco startup is part of a wave of automation that’s transforming the construction industry, which has lagged behind other sectors in technological innovation.

Backed by venture capital, tech startups are developing robots, drones, software and other technologies to help the construction industry to boost speed, safety and productivity.

Autonomous machines are changing the nature of construction work in an industry that’s struggling to find enough skilled workers while facing a backlog of building projects.