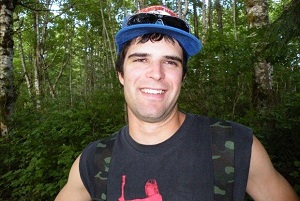 It took 10 years for charges to be laid, and now it will take another year before the trial begins for a major B.C. government contractor accused of criminal negligence causing the death of rock scaler Sam Fitzpatrick.

A total of 33 days have been set aside for a Vancouver provincial court judge to hear evidence about Peter Kiewit Sons and engineer Timothy Rule’s involvement in the Feb. 22, 2009 tragedy. The trial is set to begin Nov. 24, 2020 and last until mid-February 2021.

Fitzpatrick was 24 years old when he was killed by a falling boulder on a Kiewit hydroelectric construction project at Toba Inlet, north of Powell River on B.C.’s northern Sunshine Coast. His younger brother Arlen was nearby and watched it happen.

Investigators from WorkSafeBC looked into the incident, and noted a “reckless disregard” for safety on the project, something Fitzpatrick had spoken up about in the weeks before he died.

Just one day before the fatal rock fall, another boulder had tumbled down the same slope, causing serious damage to a piece of heavy equipment.

The company drafted up a new safety plan in response, but it was ignored and supervisors continued to allow excavators to operate on the slope above where Fitzpatrick and his brother were working, according to a WorkSafe BC investigation.

Kiewit and Rule each face a single charge of criminal negligence causing death in connection with the incident.

Former Kiewit manager Gerald Karjala has also been charged with criminal negligence in Fitzpatrick’s death. He is currently in the U.S., and neither he nor his lawyer have made an appearance in provincial court.

A spokesperson for the B.C. Prosecution Service said he couldn’t comment on when Karjala might stand trial.

Though Fitzpatrick died in 2009, criminal charges were only laid in May after a decade-long campaign for accountability led by Fitzpatrick’s friends, family and union activists.