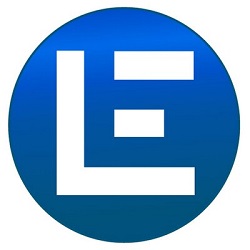 WILLIAMSVILLE, N.Y., May 8, 2018 /CNW/ — Lind Equipment – leaders in portable LED lighting for construction companies – has announced that switching from bulb-based to LED lighting on jobsites has proven to save hundreds of thousands of dollars for development owners.

Through revolutionary monitoring of jobsite energy usage and costs, real-time data can show how savings occur on active jobsites.

Most consumers are familiar with the benefits of LED lighting: lower total cost of ownership, more energy efficient, longer life and safer for the environment than traditional bulb-based lights. However, it is often overlooked how concentrated those savings are on a construction site – where temporary lighting is typically run 24-hours a day over many months. Using LED lights not only saves money, but provides a great benefit to the environment by reducing the carbon footprint. And with LED, less lights are needed to illuminate the same area.

“We are excited to be contributing to the energy savings in the construction industry,” says Brian Astl, president, Lind Equipment. “With LED Jobsite lights, the energy savings alone can pay back the cost of the lights on the first project they are used on.”

In an example of the savings realized, LED Jobsite construction lighting was used for a 600,000-sq.-ft., 27-story office tower build. When compared to traditional based bulbs, this reduced energy usage by almost 11 million kWh, which is equal to powering more than 1,130 homes for a year. The CO2 emissions were reduced by almost 7,800 metric tons, and is equivalent to removing 1,630 cars from the road. Additionally, waste is reduced by reusing lights from project to project.

Having tracked in real-time the energy savings of their client’s projects, Lind Equipment’s state-of-the-art LED Jobsite lighting solutions have just reached one hundred million kWh of energy savings. This is the equivalent to removing 16,000 cars off the road for one year, or powering 11,000 homes on an annual basis.

The milestone was reached in a mere two years, with the savings growing exponentially as adoption rates increase. If you monetize the savings using an average of 10 cents/kWh (national average), it adds up to $10M of savings in electricity costs.

About Lind and The LED Jobsite
For almost 70 years, Lind Equipment has manufactured portable lighting and electrical equipment for the toughest jobsites.

View here their live counter of reduced energy usage and reduced carbon emissions and their video.