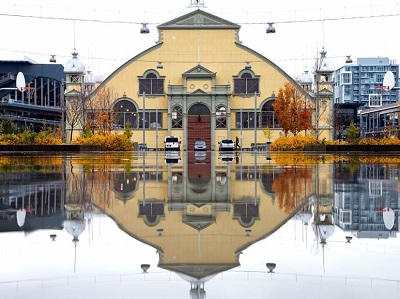 As reported in the Ottawa Citizen, more money needs to come into Lansdowne Park to have the redevelopment deal pay off for city hall and its business partner.

The latest annual report on the Lansdowne partnership between the City of Ottawa and the Ottawa Sports and Entertainment Group says the city won’t receive $62 million it expected to collect off its $24-million deemed equity contribution to the 30-year Lansdowne deal.

OSEG probably isn’t thrilled with the latest financial forecasts, either.

According to the city report, which was published Friday, OSEG won’t recover $102 million of its funding.

The company in 2012 made the development deal with the city, assuming it would pay $56 million, but that number ballooned to $123 million by the end of 2017 and is expected to hit $141 million.

OSEG had to sink more money into the redevelopment for things like technology upgrades and extensive repairs to the arena.

Now, OSEG has started a “strategic review” and long-term plan for the Lansdowne partnership to stabilize the financial distribution scheme called the “waterfall,” which sets the order in which cash is distributed to the two partners.

The city’s deemed equity, which is supposed to have a return of eight per cent annually, is the fifth of six steps in the waterfall.

“Longer term, larger scope initiatives that increase visitors to Lansdowne, provide additional programming and improve waterfall returns to both OSEG and the city are also being evaluated and will be included as part of this strategic review,” the city report says.

OSEG is committing to deliver recommendations to the city by June 30.