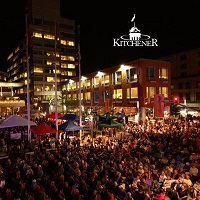 As reported by Waterloo Region Record, a city designed for everyone, from the senior with a walker to the homeless: that’s the city that Kitchener’s new urban design manual aims to spark.

The manual, which was approved unanimously by city councillors at a meeting Monday afternoon, spells out what the city expects from the designs of new construction and infill throughout the city, in the designs of everything from green space to highrises, parking garages and new neighbourhoods.

With Kitchener undergoing booming development and rapid intensification, it was time to update design guidelines, which were last updated in 2000, said urban design planner Adam Clark, one of the authors of the new manual.

The manual calls for the innovative use of technology, whether in the street or a public meeting. things like using augmented reality 3D models at public meetings, so that people can get a much better sense of what a future development would look like, as they walk, Godzilla-like, among the projected models of the proposed buildings.

The city’s streets, buildings and public spaces should be safe, age- and family-friendly, sustainable and use technology in creative ways, it says.

Singapore, for example, allows seniors to tap a card at intersections, which triggers a longer walk signal so they have plenty of time to cross the street.

It offers plenty of examples of the types of things Kitchener wants to see more of: the splash circle, with shaded seating for parents, tucked in among the shops of the big-box shops of the Boardwalk; the green roof on the Perimeter Institute in Waterloo; the canopy on the School of Pharmacy building that shelters pedestrians from wind gusts caused by the building’s height.