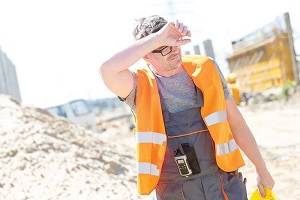 Is fatigue causing impairment on your work-site?

The Canadian Centre for Occupational Health and Safety (CCOHS) defines fatigue as “the state of feeling very tired, weary or sleepy which may be a result of insufficient sleep, prolonged mental or physical work or extended periods of stress or anxiety.”

How big of a problem is it and should employers be concerned?

Fatigue is an under estimated hazard in many workplaces, affecting productivity and health and safety for both workers and the general public.

Fatigue can be triggered by both personal and work-related factors. A variety of underlying health problems including thyroid disorders, diabetes, sleep disorders and mental health illnesses such as depression and anxiety can contribute to a lack of good quality sleep.

Lifestyle risk factors include the obvious lack of sleep, but poor nutrition, lack of hydration and of regular exercise, alcohol and/or drug use, increased stress, working more than one job and family/social commitments can all contribute to fatigue.

A variety of workplace factors have also been identified as contributing to occupational fatigue, including:

●  Long shifts and or long weeks

●  Long commutes to and from work

●  Not enough recovery time between shifts

How does fatigue affect our ability to function?

Fatigue affects our ability to function both physically and cognitively. An individual who is fatigued might experience:

●  Tiredness or sleepiness, which may result in “microsleeps” (head nods, drooping eyelids)

●  An increased risk for health issues such as heart disease, diabetes and depression

A study of construction workers in British Columbia examined the physical and cognitive impairment level of workers who had been awake for 17, 21 and 24-25 consecutive hours. Workers who had been awake for 17 hours presented with physical and cognitive impairment similar to having a blood alcohol content (BAC) of 0.05 (A BAC of 0.05 or greater is considered impaired under the N.L. Highway Traffic Act). After 21 hours without shut eye, impairment similar to having a 0.08 BAC was noted with an increase to 0.10 BAC after being awake for 24-25 hours. While we would never tolerate impairment by alcohol or drugs on site, impairment by fatigue often gets overlooked or downplayed.

Keep reading in The Telegram