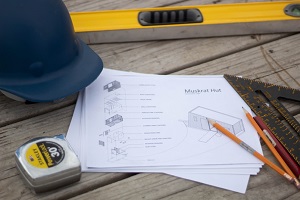 Innovative building draws on Indigenous knowledge for design and materials

As reported on CBC News, it’s called a muskrat hut and the people behind it hope it can help alleviate some problems on First Nations and beyond.

“The muskrat hut is a small mobile building that houses a bathroom, a shower, toilet and has a kitchen area as well,” said Alex Wilson, a professor with the University of Saskatchewan and a member of the Opaskwayak Cree Nation in northern Manitoba where a prototype is being built.

The project is a community effort between the Opaskwayak Cree Nation and the U of S.

They have incorporated Indigenous knowledge and connection to the land like what types of materials to use.

“We’re trying to use sustainable local materials,” Wilson said. “We’re trying to avoid importing things from other territories and people [on the First Nation] are helping build it themselves.”

The team, which also includes Indigenous architects and the University of Manitoba and University of Minnesota, are looking at different prototypes that use a small, efficient wood stove; solar power system; and an incinerator toilet.

Along with building the muskrat hut, the project is also looking at land-based learning and incorporating Indigenous knowledge into the process.

“One of the purposes of the research aspect of the muskrat project was to support, but also document the transmission of knowledge from community members and elders to the next generation and how they go about doing that,” Wilson said.

For example, they set up design workshops where elders and community members shared their ideas about what was important to them around the design and build of the hut.

Another would be looking to trappers for their knowledge on how to build shelters.