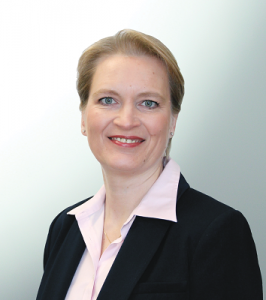 The industry has lost a trailblazer and a leader with the passing of Marja Hillis, CEO and Founder of Molok North America

It is of great sadness that I learned of Marja’s passing on Monday as she was a very good friend of mine over the past 20+ years. Marja was not only one of our long time clients for the Waste & Recycling Expo Canada (which I continue being the consulting show manager), she was a leader in her community and the waste, recycling and resource management industry in North America. If you take a look around any park, building complex or recently built community across Canada, you will likely see a Molok unit installation. This is all thanks to Marja’s entrepreneurial drive and passion for her business.

You will be missed my friend. Condolences her husband Mark, daughter Mona and her entire family.

The industry has lost a trailblazer and a leader.

It is with great sadness that we announce the passing of Marja Hillis, CEO and Founder of Molok North America.  Marja, along with her father Veikko Salli, conceptualized and brought the world’s first semi-underground waste container to the global market in 1991 from Finland.

Marja arrived in Canada from Finland 21 years ago to introduce the semi-underground system to the Canadian market, a revolutionary new waste, recycling and organic containment system. Keeping the environment and her work family front and centre, the company was launched and a new market established that soon expanded across Canada.

During the past 19 years, Marja built a company with a strong focus on family that dramatically changed the industry.  Molok North America now boasts many thousands of Molok® containers installed in Canada from coast to coast.  Through sheer tenacity and perseverance, she broke into the industry and proceeded to create a new environmentally responsible segment, one that was not readily endorsed, but has grown steadily every year. In fact, under Marja’s leadership Molok North America has been named to the Profit 500 list of fastest growing Canadian companies for 4 consecutive years.

The entire Molok family extends their deepest condolences to her husband Mark, daughter Mona and her entire family both in Canada and in Finland as we say farewell to a dear friend.