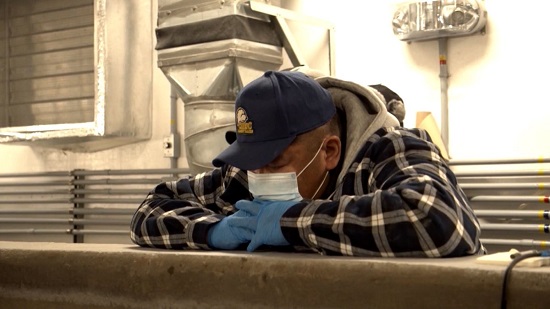 Indigenous Services Minister Marc Miller says he was alarmed by revelations of a December investigation into construction practices in on-reserve water projects and said he would like to start collecting information about the performance of contractors working on First Nations infrastructure.

“I’m keen to have as much data as possible. And if it’s helpful in ensuring that the people aren’t the subject of sharp practices, and I’m glad to do that,” Miller said in an interview on Jan.15.

The investigation by a consortium of journalists including Global News, APTN News and the Institute for Investigative Journalism (IIJ) exposed complaints about the construction firm originally hired to upgrade the water treatment plant meant to end Neskantaga First Nation’s historic long-term boil water advisory, now in effect for 26 years.

It found allegations of excessive overcharges, deficient work, delays and racism by Kingdom Construction Ltd. (KCL) of Ayr, Ont., which has worked on at least seven major water and wastewater projects on First Nations. In total, these projects are valued at close to $90 million in funding from the federal government, but how much KCL earned from the work is unknown.

The minister did not single out any specific contractor and his department has not provided any details about how it may begin tracking information about complaints.

Gerald Landry, the president of KCL, has denied the allegations about his company’s work in First Nations.