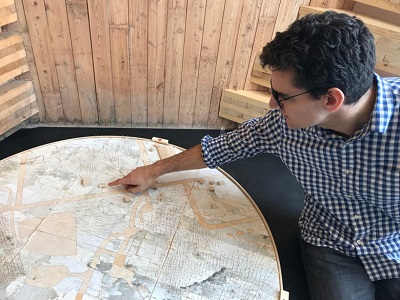 Indigenous architects from across Canada prepare for international competition in Venice

A team of Indigenous architects from across the country is getting ready to represent Canada in a prestigious international architecture competition.

Led by renowned architect Douglas Cardinal, the exhibit called Unceded: Voices of the Land will showcase Indigenous architecture at the 2018 Venice Architecture Biennale from May to November.

David Fortin, the newly-named director of the McEwen School of Architecture at Laurentian University, is curating the project along with Gerald McMaster from OCAD University.

“We’re going to show Europe and the global architectural world that the Indigenous voice is strong in architecture,” said Fortin, who’s Métis and is the first Indigenous director of a Canadian architecture school.

The team of 18 architects representing different nations and regions in Canada, including four from the U.S., will showcase their designs in Venice through a multimedia presentation that will be rich with culture and history, according to Fortin.

“I think there’s an emergence that’s happening here. I think that part of the message that we’re trying to tell is that Indigenous people have a value system based on a relationship to earth, in terms of being balance with Mother Earth,” he said.

“A lot of the problems we’re dealing with now politically and environmentally could benefit from a perspective about how you build, how you design, and what’s the spirit behind that design process. That’s really what we’re talking about.”

Fortin said the idea to put a team together and present in Venice began a few years ago when the Royal Architectural Institute of Canada formed an Indigenous task force that identified an underrepresentation of Indigenous architects registered in Canada.