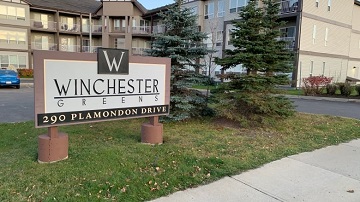 In wake of 2016 wildfire, Fort McMurray condo board struggles to find insurance

As reported on CBC News, after the 2016 Horse River wildfire that burned down more than 2,400 structures in Fort McMurray, residents of the 40-unit Winchester Greens condominium building considered themselves among the lucky ones.

Their apartment-style units didn’t burn, but the condo board did claim $246,000 of smoke damage on its insurance.

Three years later, the condo board is struggling to find insurance coverage, in part because of that wildfire claim.

Under Alberta law, condominium boards must carry insurance on all units and common property against loss resulting from destruction or damage caused by fire, lightning, windstorms, hail, explosions, water damage and other perils.

The coverage must be for replacement cost value. Owners pay the insurance costs through their condo fees.

David Thompson, who sits on the Winchester Greens condo board, said near the end of September the board received a letter from its insurance company, Wawanesa, which declined to renew the building’s insurance.

“My initial response was, ‘How could this be possible that you cannot get insurance for a condo building?'” said Thompson, who owns one unit in the building.

Since then, ReMax, which manages the property, has been trying to find insurance to cover the building, but so far nothing suitable has been found.

Previously, the premium for the entire building was $28,403. The building’s replacement cost is valued at $18 million.

The insurance runs out on Oct. 30.

“If anything goes wrong, if we have water issues or flooding or fire … We would potentially lose everything,” Thompson said.