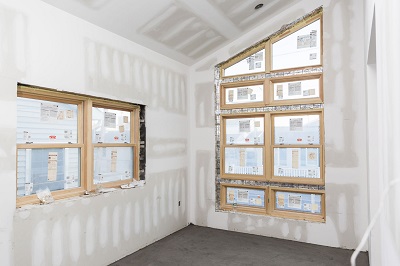 In a private waterfront resort on the northern tip of Key Largo, nestled between tropical forest and the Caribbean, Eric Soulavy is marketing luxury for the age of climate change: Coastal homes that are all but hurricane proof.

The Florida-based developer is finishing a three-story condominium project with overlapping defenses, a hydrological Fort Knox where prices start at $5 million for a four-bedroom apartment.

The 27 concrete-encased units are perched 13 feet above ground with windows that can withstand 174 mile-per-hour winds. Flood pumps in the parking garage can push 20,000 gallons of water per hour 65 feet underground, fueled by a generator so large it required its own building.

“I come from the luxury world,” Soulavy said on a recent afternoon, as he walked around the development in loafers and an exceedingly good tan. “When you’re dealing with these types of buyers, you can’t underestimate anything.”

Architects and engineers are devising increasingly effective protections against extreme weather — and not all of them as elaborate or costly as the Key Largo project. They’re designing homes that can deflect hurricane winds, rise with the flood waters and survive wildfires. But those innovations have been slow to spread, remaining largely the preserve of homeowners who are very wealthy, unusually safety conscious or just plain quirky.

“It absolutely has not happened fast enough,” Roy Wright, the former head of risk mitigation at the Federal Emergency Management Agency, said about the adoption of more storm-resistant building techniques. “We’ve got to take the things that work, and do a whole lot more of it.”

Even more basic advances have been slow to get adopted. The Insurance Institute for Business and Home Safety, an industry research group that Wright now heads, created a set of construction standards in 2008 called “Fortified,” which exceed the building code to certify at a minimum that a home’s roof won’t fly off or leak in a hurricane, regardless of its material.