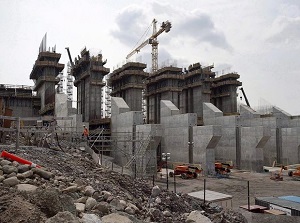 The financial disaster that is the Muskrat Falls hydroelectric project has many authors. The most important may be the Stephen Harper government.

Had it not effectively loaned the federal balance sheet to Newfoundland and Labrador, allowing the province to finance a massive megaproject that it could not afford, the taxpayers of Canada would not be on the hook for this multibillion-dollar fiasco.

But first, a little history.

In the late 1960s, construction began on a massive hydro project on Labrador’s Churchill River. To pay for it, Newfoundland signed a long-term power contract with Quebec, at prices that turned out to be brutally lopsided in the latter’s favour. Quebec has cashed in for decades.

Muskrat Falls was supposed to be Newfoundland’s shot at a do-over. The project, farther down the Churchill River, was unveiled in 2010 at a cost of $6.2-billion. It was championed by Progressive Conservative premier Danny Williams. A new transmission line would send electricity to Newfoundland, with an undersea cable carrying excess power to Nova Scotia. The sales pitch made it sound like a can’t-miss proposition.

A decade later, Muskrat Falls has become a kind of infrastructure how-not-to guide. It is billions of dollars over budget, and it will take years to pay the bill – starting with the federal government’s agreement this week to bail out the province. Precise details, and costs, are still to come.

At inception, oversight of Muskrat Falls was given to Nalcor, the Crown corporation Newfoundland created to manage the province’s energy assets. Nalcor had no experience with such a project.