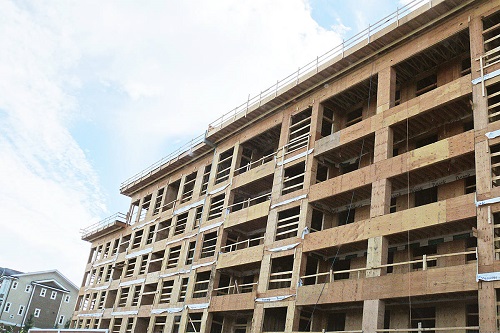 This Labour Day, Monday, Sept. 7, executive director of the BC Building Trades Council Andrew Mercier will be working. It may be an annual holiday that celebrates workers, but he has work to do.

“It’s not a day I’ll be taking off,” Mercier remarked.

For Mercier, a Langley resident who took over as the new executive director just a few months before the COVID-19 pandemic hit, the day will give him a chance to catch up on some of the non-COVID-19 matters that have had to be put on the back burner during the current pandemic.

It has been a hectic time for the council, which has been pressing for improved protective measures for construction workers during the pandemic.

One very bad example of the situation that Mercier likes to cite concerns a work site, early on in the pandemic, where the sanitation was something less than an afterthought.

“A hand-washing station was a two-by-four duct-taped to a hose, and a bar of soap,” Mercier recalled.

He credits WorkSafe BC for taking the matter seriously, assigning hundreds of inspectors to enforce standards at all sites in the province to make sure construction workers were safe on the job.

As a result, he believes, the B.C. construction industry as a whole managed to avoid the widespread shutdowns seen in Ontario and Quebec.