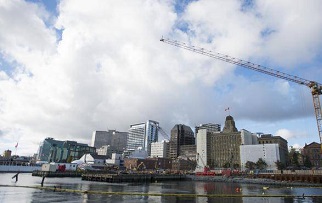 Residents of the Halifax Regional Municipality are more accepting of changes to their city than most people realize.

A recent survey of Halifax residents on their perception of transformation within their community showed that the majority of survey participants pointed to changes to buildings, housing, and infrastructure as being by far the most common changes observed and the biggest modifications occurring in the city, which they tend to view as being for the better.

“It is hard not to notice all the construction that has gone on in the city, and the survey shows that Haligonians are open to it,” said Howard Ramos, sociologist at Dalhousie University and lead researcher on the project.

The majority of participants, 53 per cent, view such changes to buildings and homes in their neighbourhoods as being for the better.

Despite their openness to all the construction activity in the city, survey participants are concerned about housing affordability in the city, Ramos said. In an interview, he said, people in the Maritimes tend to view what is happening in Vancouver and Toronto and expect the same trends to come here.