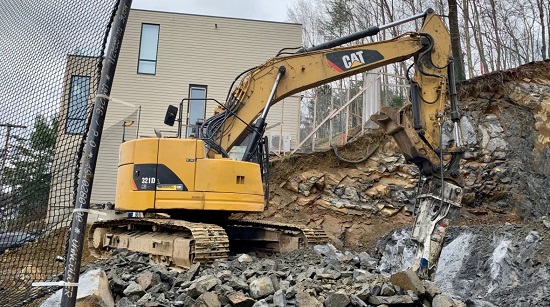 A Halifax councillor wants better co-ordination between the city and the province around demolition permits.

This comes after Mosaik Properties began to tear down a building while a tenant was still living there. The tenant had been appealing an eviction order.

The city has since revoked the demolition permit.

Shawn Cleary, the councillor for Halifax West Armdale, said the “egregious” situation made it clear that there was no alignment between the city’s demolition permit process and the provincial residential tenancies board, which looks after evictions.

“And so it would be, I think, very appropriate for us to not issue a demolition permit until we have some sort of indication from the residential tenancies board that any evictions in a building are complete and legal, including any appeals that the tenants have a right to do,” said Cleary, whose district is adjacent to the Mosaik Properties building.

“Once that’s complete, then I could see a demolition permit being appropriate to give to a developer, but until such a time, I don’t think we can do that.”

Cleary intends to bring forward a motion at Tuesday’s council meeting asking for a staff report on a bylaw that would create a permit process covering demolitions of buildings that include leased units.

Cleary’s motion notes that the Nova Scotia Building Code Act provides the authority for municipalities to make bylaws “providing for applications for permits and requiring the applications to be accompanied by such plans, specifications, documents and other information as is prescribed.”

That would mean the city could ask the province for documentation on the status of evictions, it said.