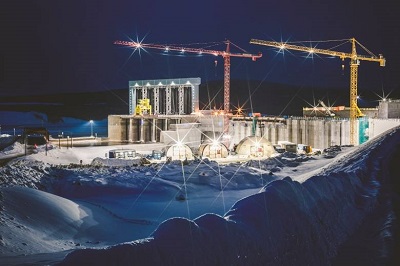 Government to remove secrecy over contractor pay at Muskrat Falls

A proposed change to the Energy Corporation Act means the identities and amount of money paid to contractors hired directly by Nalcor for work on the Muskrat Falls project will soon be available for public disclosure under Newfoundland and Labrador’s access to information laws.

Natural Resources Minister Siobhan Coady announced Thursday that an amendment to the Act will modify the definition of “commercially sensitive information” as it relates to temporary workers hired for the project.

Once passed by the legislature, the names of so-called embedded contractors and payments received from Nalcor Energy will no longer be protected, and that disclosure will be retroactive to past contracts.

The change will bring Nalcor in line with other Crown corporations and agencies with respect to information disclosure and accountability, said Coady, and said such secrecy was “not reasonable or necessary.”

She said the change is part of the Liberal government’s commitment to openness and transparency.

The amendment follows intense media scrutiny of the issue in 2017, with Nalcor saying it was unable to release billing rates and the names of hundreds of contractors working on the massive project, which is billions over budget and years behind schedule, because of limitations in the Energy Corporation Act.