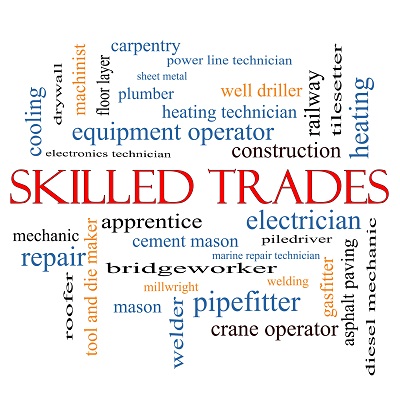 Ontario has appointed five members to a Skilled Trades Panel for a nine-month term.

Michael is the founding member of Sherrard Kuzz LLP. He is recognized as one of Canada’s leading employment and labour lawyers by Chambers Global, Who’s Who Legal, Legal 500, Best Lawyers and Lexpert.

He is former Chair of the National Labour and Employment Law Section of the Canadian Bar Association, and the Labour and Employment Law Section of the Ontario Bar Association. He previously served as Chair and Board Member of the Yves Landry Foundation, established by leaders in Canada’s manufacturing and business sectors in 1998 to advance technological education and skills training to resolve the skilled labour and technical professional shortages facing Canadian industry. He is also the Secretary Treasurer of Support Ontario Youth.

Michael is the recipient of a number of awards including the Construction Institute of Canada’s Chancellor’s Award of Excellence, University of New Brunswick Alumni Award of Distinction and USports Lester B. Pearson Award.

Michael graduated from the University of New Brunswick with Bachelor of Laws & Bachelor of Education degrees.

Jason is the Director of Government Relations and Communications for Laborers’ International Union of North America (LiUNA) Local 183 where he provides direction, advocacy and strategic advice on construction-related issues at all three levels of government.

Prior to joining LiUNA Local 183, he was the Director of Research and Policy for Residential Construction Council of Ontario (RESCON), where he represented the interests of single and multi-family residential builders across the Greater Toronto Area.

He is a graduate of McMaster University and the University of Toronto, receiving his Master of Arts in Political Science and Master of Industrial Relations respectively.

Shaun joined Linamar in 1995 and is currently the Director of Organizational Development, where he provides oversight for staff and operations. He has extensive experience working in the automotive industry developing and implementing human resources policies and managing labour relations.

Previously, Shaun was the Vice President of Human Resources for Skyjack Manufacturing. He is also a former Board member of Skills Canada and Skills Ontario.

Shaun graduated from Saint Mary’s University with a Bachelor of Business Administration degree.

Melanie’s career in human resources spans almost two decades. In her role as a Regional Human Resources Director with Cascades for Western and Central Canada, she had the opportunity to lead change at a corporate level with the implementation of new payroll systems, facility closures, integration of new acquisitions and a major organizational change of almost three years in length. These experiences led Melanie to a specialist role within Cascades at the Centre of Expertise in Talent Management, focusing on organizational development and change initiatives.

The daughter of an auto mechanic turned high school transportation teacher, Melanie is passionate about attracting students into the trades. She has actively sought out opportunities to build partnerships with school boards and non-profit organizations across Ontario in order to create a sustainable apprenticeship program for Cascades and create awareness of rewarding career paths in the skilled trades.

Melanie earned a Bachelor of Arts degree in Social Science and Psychology from Brock University and a post-diploma certificate in Human Resources from Durham College.

As Executive Director of the National Electrical Trade Council, Melissa is a results-oriented change leader who has influenced the national landscape for apprenticeship in Canada.

Melissa was also the Executive Director of the Carpenters Training Centre of New Brunswick and worked for the Government of New Brunswick as assistant director of apprenticeship. Working in both English and French, Melissa has built partnerships among governments, First Nations and Indigenous organizations, newcomers to Canada and others who have been underrepresented in the trades.

Melissa graduated from the University of New Brunswick with a degree in Adult Education.