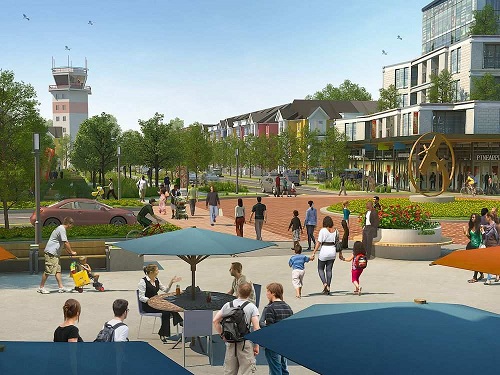 The development of Blatchford — Edmonton’s signature green community — is running into criticism from within the geothermal industry, and an external “fairness adviser” has been brought in to settle contracting and design concerns.

The company had wanted to bid on a contract to construct the first phase of Blatchford’s energy system, which will use heat from the ground to keep homes on the former City Centre Airport lands warm.

City officials first ruled the company and its contracted experts were not qualified. After Poon’s complaint, the city hired the fairness adviser and reversed its decision.

The Blatchford issue comes after Edmonton officials spent 18 months trying to improve their procurement system and endured a sobering city audit in September. The city auditor warned poor procedures could be costing the city millions.

Portions of the Blatchford project to be built this winter are expected to be put out to tender within weeks.

Poon believes the procurement was open to bias.

His team first earned a score of just 41 out of 100, including a one out of five for securing as adviser Mark Metzner, a geothermal expert who chaired the committee that wrote the North America-wide standards for geothermal.

It had the whole team upset.

“If I’m a one out of five, who the heck is a two out of five?” said Metzner. “This looks to me like people at city hall circled the wagons because they realize they’re spending way too much money and, if it’s found out, there’s political fallout.”

The city won’t discuss any details specific to this request for qualifications, but branch manager Roxanne Kits said officials have learned a lesson.