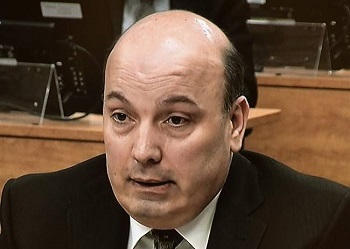 A high-ranking former Montreal politician as well as a construction industry magnate were among several people acquitted Wednesday in a fraud and conspiracy case involving a municipal land deal.

They were accused six years ago in connection with the 2007 sale of city-owned land to build a housing project known as Faubourg Contrecoeur.

All were facing fraud and conspiracy charges while Zampino and Catania also faced breach of trust accusations.

Authorities alleged the deal was rigged and Zampino used his influence to help Catania secure the sprawling property in the eastern part of the city for $4.4 million, a fraction of its assessed value of $19 million.

But the Crown’s case was dismantled by the judge in an 88-page ruling.

Quebec court Judge Yvan Poulin wrote that the Crown’s case, while voluminous, was circumstantial and fell short of proving the allegations beyond a reasonable doubt.

On a few occasions he referred to the prosecution’s logic as speculative or a matter of conjecture.

“The court reiterates that a criminal verdict must be based on tangible and concrete facts rather than on possibilities, probabilities or impressions,” Poulin wrote. “The public prosecutor must establish the culpability of each accused, and beyond all doubt.

The charges were laid in May 2012 and the trial took nearly two years to complete, with 63 witnesses and some 600 pages of documents.