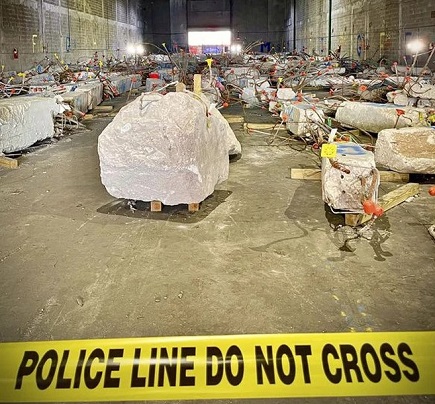 The federal investigation into the deadly collapse of a Florida beachfront condominium building is entering a new phase that involves cutting and drilling into concrete and steel to determine what role they played in the disaster, officials said Wednesday.

The National Institute of Standards and Technology said in a news release that what’s known as invasive testing will begin soon as investigators test samples from materials collected at the collapsed Champlain Towers South site.

The tests will help investigators find potential flaws in structural elements of the 12-story building by looking into things such as density of the materials, how porous they were and if there was corrosion, NIST said.

The building in Surfside, Florida, collapsed without warning early on June 24, 2021, leaving 98 people dead. Legal settlements of more than $1 billion have been reached for families of victims and owners of the 136 units, with a key court hearing on approval set next Thursday in Miami.

The concrete, steel and other material from the collapse has been stored in a warehouse in Miami-Dade County, where it has been catalogued and used to create a 3-D model of the building, according to NIST. The materials will be moved out of the warehouse to an undisclosed location for the next phase of tests.