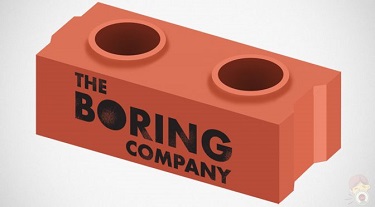 Elon Musk planning to get into the brick-making business

Move over, candy and flamethrowers. Elon Musk tweeted out plans Monday for yet another side venture: alleviating the nation’s housing crisis.

“The Boring Company will be using dirt from tunnel digging to create bricks for low-cost housing,” he wrote in a tweet about his nascent tunneling enterprise.

A company spokesman confirmed the plans, saying the bricks will come from the “excavated muck,” and that “there will be an insane amount of bricks.” Musk has also suggested he has plans to sell them, and the company said future Boring Co. offices will be constructed from the company’s own bricks.

How many affordable housing units those bricks will create, though, is a different matter, says Juan Matute, a lecturer at the University of California, Los Angeles, and associate director of UCLA’s Institute of Transportation Studies.

Musk’s tweet “assumes that housing costs are driven by construction materials, and particularly, construction materials that can be replaced by bricks,” Matutue said. “That’s not the case.” At least in California, the only state where Boring Co. has started digging a tunnel, land and labor drive prices more than anything else.

Going forward, a spokesman said, the company plans to make bricks out of excavated mud from all Boring Co. tunnels, not just the one currently under construction in Hawthorne, California, on land owned by Musk’s Space Exploration Technologies Corp.

When it comes to actual housing construction, bricks tend to be expensive, in part because assembling brick walls takes more work than other options, such as putting up panels. And because bricks don’t stand up well to earthquakes, a major concern in fault-riddled California, building codes typically require buttresses such as reinforced steel and rebar when bricks are used.

On its website, Boring Co. says bricks could potentially also replace concrete in a portion of its tunnels’ linings, which it says would help the environment as concrete production creates significant greenhouse gas emissions.