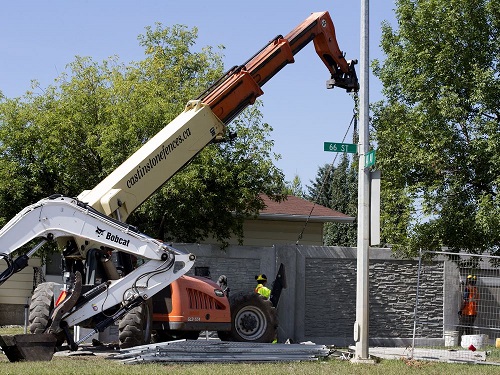 Edmonton residents are being unfairly left to fend for themselves when homes are damaged by city infrastructure projects, says Coun. Mike Nickel.

On one drainage project, the city took photos of each foundation before work began. Then a homeowner’s foundation cracked as a contractor tunnelled underneath.

But when the homeowner approached the city, said Nickel, “the city’s comment was: ‘Go sue the subcontractor.’” People are saying “the city has left me in the lurch,” he said, bringing the issue to council’s executive committee Tuesday.

City officials argued the claims process needs to protect the city’s financial interests and leaves contractors to take responsibility for damage they’ve done. They refer claims first to the contractor, then investigate further if the contractor’s insurance rules the contractor’s actions did not cause the damage.

But city officials are also working to ensure contractors with poor safety records and a history of damaging nearby properties can no longer bid on city projects, said branch manager Brain Latte. Officials are now tracking the data so they can transparently rank contractors rather than simply accepting the lowest bid on a job.

“We’re at the start of getting into serious implementation of that,” said Latte.

Even with that reassurance, several councillors are still worried the city is unfairly leaving residents in the lurch.

“I ran into a similar situation where the city wasn’t willing to provide any assistance. The city didn’t help at all,” said Coun. Andrew Knack, wondering if city officials are shirking responsibility.

Coun. Scott McKeen suggested Edmonton could do more by just helping people navigate the system and fixing the culture of how they interact with residents.

Councillors voted to get city officials to dig into the issue further, compiling data on where the claims process is working and where it is not. The report is due back Jan. 30.