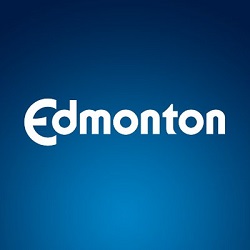 Edmonton officials are now proposing two extra floors to any developer willing to build at least eight three-bedroom units into a new tower.

The rule will only apply to new construction under the standard highrise zoning, but it’s a first for a city that wants to give more options for families hoping to stay in the core.

“If you’re building something that supports local schools, businesses and families, we’d like to make an incentive for that,” said Colton Kirsop, the city’s acting director of development and zoning.

The rule would apply to buildings zoned for up to 18 storeys — 14 storeys if the developer is only able to consolidate three standard 50-foot (15-metre) lots. A developer would get permission for two extra storeys if they commit to building eight three-bedroom units or seven per cent of the project, whichever is less.

It applies on many sites near transit and throughout Oliver, Garneau and other higher-density neighbourhoods. Building under a standard zone means the developer doesn’t have to go to council for special approval.

Kirsop said the rules are being re-written because they only allowed suburban-style apartment buildings surrounded by large, grassy yards.