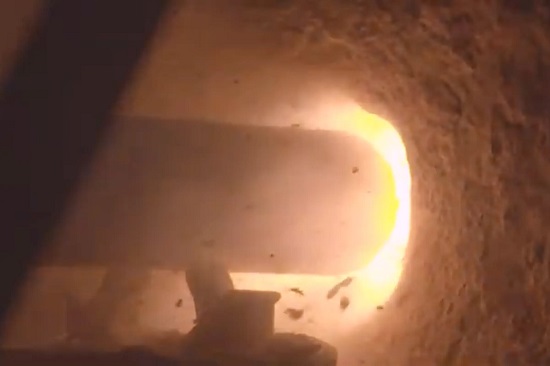 Bay Area startup Earthgrid says it’s developing a plasma boring robot that can dig underground tunnels 100x faster and up to 98% cheaper than existing tech, and it plans to use it to start re-wiring America’s energy, internet and utilities grids.

Most tunnels dug today are made by massive, mechanical rotary boring machines, which scratch cutting wheels against rock and evacuate the debris behind them, lining the tunnel walls as they go. It’s painstakingly slow, hugely expensive, and the cutting heads and drill bits often need changing or maintenance.

But there’s another way to get through the toughest rock – as we outlined in our January article about Petra’s thermal drilling robot. Blasting rock with high temperatures can fracture and vaporize the stone in a process called spallation, and blasting this damaged rock with high pressures causes it to flake, chip and blow away.

You can do this without touching the rock walls at all, so the equipment can do entire tunnels without stopping if necessary. It can run entirely on electrical power, opening up the possibility of entirely emissions-free drilling, and both Petra and Earthgrid claim it’s much, much faster and cheaper than doing things mechanically – to the point where previously unfeasible projects can become economically viable.