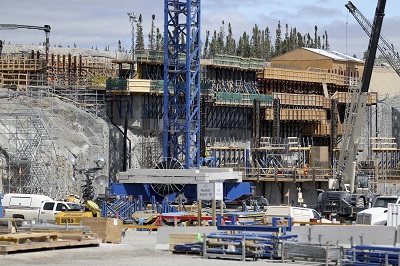 An employee of a contractor working for Manitoba Hydro near the northern community of Gillam was killed on the job Wednesday.

The 22-year-old man was struck in the head on a job site near the Nelson River and could not be saved, Manitoba Hydro, his employer and the RCMP said in series of statements yesterday.

The victim is from Lake Manitoba First Nation. Authorities said they have notified the family.

Manitoba Hydro contractor Forbes Brothers Ltd issued a statement almost immediately after the the death was announced Thursday describing the man as a long-time employee who will be deeply mourned.

“We are in close contact with his immediate family, some who have worked with us, and offered our deepest sympathies. Support to the family and Forbes employees is being offered through a combination of services provided by Forbes, Manitoba Hydro and union representatives,” the statement said.

Manitoba Hydro President and CEO Kelvin Shepherd said their thoughts were with the man’s family.