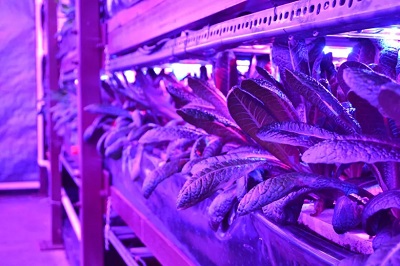 Construction on Yukon aquaponics facility could begin this spring

As reported on CBC News, some entrepreneurs in Yukon say they’ve found a creative way to move their project forward — by using geothermal power.

Founders of Yukon’s North Star Agriculture have been pushing to build an aquaponics facility in Yukon, which would raise fish and vegetables indoors.

CEO Sonny Gray says the company has now secured funding to build a facility near the Takhini hot springs, outside Whitehorse.

The project is projected to cost at least $8 million, including a land purchase and construction.

The Whitehorse company says some funding has been pledged by NutraPonics Canada, an Edmonton-based company which already has aquaponic farms in Alberta. The Yukon facility would be considered a joint business venture between North Star and NutraPonics.

“We’re in a position now where we have our seed funding so we’re able to start construction in the spring,” said Gray.

“We are actively putting applications in with federal and territorial funding to maximize the potential funding in order to give us a leg up — but ultimately, we do have the initial seed capital to do the construction this year.”

The hot springs location is the latest iteration of the project. Previous proposals had focused on Carcross and building a test facility elsewhere in Whitehorse.

The proponents also counted on federal funding that in the end was not pledged.

Gray says that using geothermal power for the project could reduce energy costs by at least a third.

The plan is to use warm water that drains from the Takhini Hot Pools. The water won’t touch the plants, but its heat will be used year-round to cycle through heat exchangers and pipes in the floor.