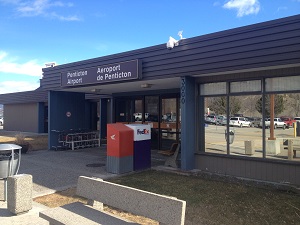 A worker who fell to his death at Sendero Canyon over the weekend fell just one storey, but reportedly hit his head on a rock, according to an executive with the project.

Emergency officials were called to Sendero Canyon before 9 p.m. Sunday after a man’s body was found. Penticton RCMP said it is working with the B.C. Coroners Service and WorkSafeBC in their investigations.

Ewen Stewart, president of Azura Management, one of two companies running the Sendero Canyon project, said he has only heard third-hand about the incident. He got reports from supervisors of the construction site, who got a call from emergency crews on Sunday.

Those supervisors called WorkSafeBC, and officials promptly came out to the site and interviewed people involved.

“They were attending to it last night, so my fellow ran over there, because it was Sunday — nobody was theoretically working,” Stewart said.

“Normally people call and let us know if they’re working on a weekend, but hadn’t heard from this guy.”

Stewart added the roofer, a subcontractor with another company, does not appear to have called the company he works for either.

As for safety, Stewart said he isn’t sure what could have been done differently from the company’s perspective, calling it “a tragic result.”

“As best as we can tell, the rope’s up there, and the anchor’s up there for him, but he didn’t appear to have his safety harness on,” Stewart said of the roofer, who is a subcontractor with another company.

“He was actually on one of the lowest-roof houses we’ve got. It’s a rancher, one story. But apparently he hit his head on a rock is what I’m told.”

He added the company holds weekly safety meetings and has a full-time safety person and regular reports with the WorkSafeBC.