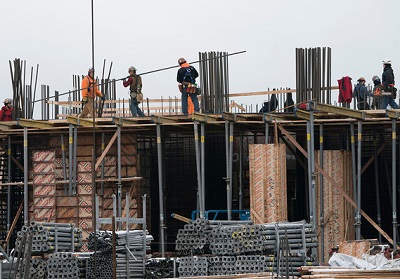 As reported on MarketWatch.com, builders boosted construction in February for the third month in row, reflecting a surprising oasis of strength amid a sea of recently disappointing reports on the U.S. economy.

Construction spending rose 1% in February following an even larger 2.5% gain in January, the Census Bureau said Monday. The figures are seasonally adjusted.

Economists polled by MarketWatch had expected a small decline.

What happened: The increase in construction spending in January was revised up from a preliminary 1.3%.

After taking the revision into account, the pace of construction in the first two months of 2019 was the strongest since last summer. States and localities pitched in with more spending on roads and bridges.

Economists said the rebound could possibly reflect a payback of sorts after unusually soft spending late last year. The 35-day partial government shutdown and the usual disruptions caused by winter weather may have also contributed to recent ups and downs in the government’s monthly report on construction spending.

Whatever the case, the construction industry is still not expanding as rapidly as it was a few years ago. The annual rate of spending topped 10% in 2014 and 2015, but investment has only risen 1.1% in the past 12 months.