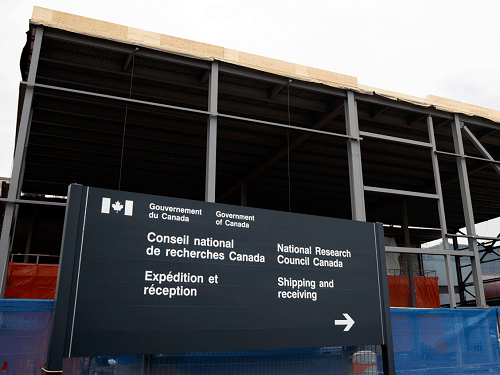 Construction problems delayed plans for a National Research Council manufacturing facility that could be making one of the leading COVID-19 vaccine candidates, but the facility also had no vaccine to produce after a controversial deal with China fell apart.

Early in the pandemic, the government invested $44 million to create a vaccine production capability at the National Research Council’s facility on Royalmount Avenue in Montreal. The original plan was part of a partnership with CanSino biologics, a Chinese firm that partnered with the NRC previously on an ebola vaccine.

The small facility was planned in two phases, one a temporary set-up that would allow Canada to produce the thousands of doses of vaccine to participate in a trial with CanSino’s. This would be followed by a permanent facility in a separate part of the same building.

“By October, it became apparent that the space allocated for the temporary clinical trial material facility would not meet GMP requirements without allocating significantly more of the $44 million budget to these temporary upgrades,” said the NRC’s spokesperson Nic Defalco.

Vaccine production facilities have to meet exacting standards, called Good Manufacturing Practices (GMP). In the pharmaceutical industry, the standards are designed to ensure that batch to batch, vaccines and drugs are consistent and free of any contamination.