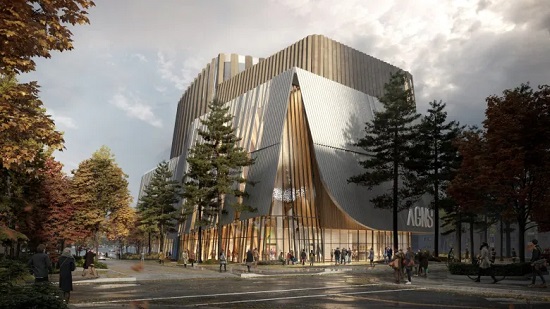 The new Art Gallery of Nova Scotia planned for the Halifax waterfront is on hold.

Premier Tim Houston said his government had decided the project should be “paused indefinitely” due to rising costs. Construction was slated to begin later this year.

“The commitment at the right time, at the right budget remains,” Houston told reporters at Province House Wednesday. “And the placement of it will be the same.”The cost of this is out of control right now.”

The new gallery was expected to cost about $137 million when it was announced three years ago. But the province says it now expects that figure to increase by $25 million or more with inflation and rising construction costs. That was based on a re-evaluation of the costs by the construction firm Ellis Don.

The Premier’s office provided a one-page summary of those increased costs but refused to publicly release the full assessment.

Houston suggested that figure was the minimum increase in the price tag and that the new gallery could cost a lot more than that by the time it was ready to open.