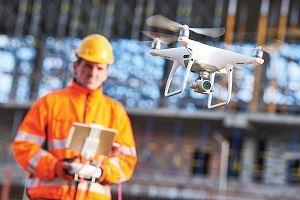 Industry is driven in part by developments in technology and construction is no exception. Technology in the construction industry brings about positive change — cost effectiveness, increased efficiency and safer projects. However, technology also means new concepts, new products and new processes, all of which bring about new legal risk. The Canadian Construction Association thinks that when compared to their international counterparts, Canadian contractors are falling behind on the development and acquisition of cost-saving technologies. That doesn’t mean that change isn’t coming — it is and Canadian construction sector companies should be prepared.

In large part, technological advancements in construction are brought about to fill labour shortages and supplement the current productivity of the workforce. Adoption of new products and methods can automate some jobs. Drones, 3D printing, building information modelling (BIM) and smart contracts are some of the trends in the construction industry that could see widespread use over the next five to 15 years.

There are plenty of potential uses for drones on a construction project. Drone technology and other aerial photography are used increasingly to track project status, progression of work and to increase and monitor safety. Contractors should be aware that just like taking pictures on a smart phone to track work progress, the data drones collect is likely evidence in a subsequent legal action. Furthermore, contractors should be aware of any jurisdictional restrictions on drone flying patterns. Municipalities in the United States have already fined contractors on several occasions for operating drones in unauthorized flight zones.

It should also be noted that drones may not be up to the task for certain inspections. If drones are being used for any inspections subject to governmental regulation or owner approval, don’t presume the governing regulatory body or owner will accept drone results to satisfy the conditions of the inspection — check first. In the United States, certain regulatory bodies are already contemplating amending federal standards for bridge inspections to include that drones cannot fully take over the job.

Keep reading in The Telegram