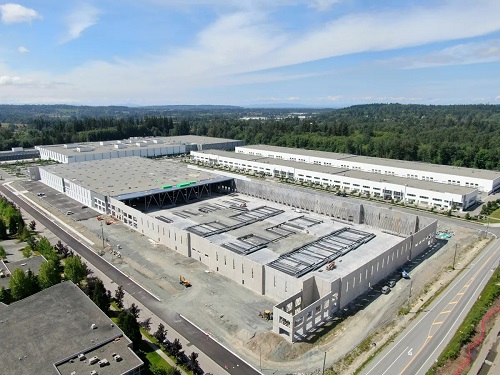 Two years ago, Orion Construction started work on a 430,000-square-foot warehouse in Surrey, B.C. By 2021, construction costs had risen so much that its bid for a second, similar-sized building in the same area was 20 per cent higher.

“If we had to bid for a similar project today, it would be 25 to 30 per cent higher [than in 2020],” says Josh Gaglardi, principal and founder of the Langley, B.C.-based design-build company. As costs of materials, labour, fuel and financing have soared in the past two years, he’s had to come up with creative strategies to stay profitable.

Because construction contracts are fixed price and there is typically only a small contingency margin, “any cost increases are generally on us, so we have to be very creative and pro-active, hedging costs where we can,” Mr. Gaglardi says.

It’s a Canada-wide challenge as industrial building construction has seen unprecedented cost inflation since the start of the pandemic, says Susan Thompson, associate director of research for Colliers International Inc. in Vancouver.

“As interest rates rise, there’s the potential for an inflection point that could see developers hit pause,” she says. “A lot of developers are carefully thinking through the facts before they go into the ground because they want to make sure they can cover their costs.”

But a pause may not happen soon. “The industrial market is still just blisteringly hot,” she adds. So far, the low vacancy rates in Vancouver, Toronto, Montreal and Calgary have meant developers can cover the excess costs by just raising rents and still have buyers.