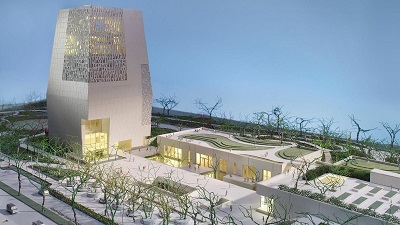 A collective of five construction firms — most of them owned by African-Americans — has been hired to manage the building of the Obama Presidential Center in Chicago.

The decision came after four months during which foundation officials conducted interviews and probed the firms’ hiring records and charitable giving histories to determine if they would truly commit to inclusive hiring and a diverse workforce.

The awarding of the contract — valued at $300 million — to the group, called the Lakeside Alliance, is significant both because it signals that construction could start soon, and because it is the foundation’s first chance to demonstrate how it believes the project will transform the South Side both physically and economically.

“We spent a lot of time on this decision,” said Michael Strautmanis, the foundation’s vice president for civic engagement. “We probably could have gotten this done six months ago if we had done business as usual — which is hire a majority firm, ask them to hire minority partners and move on. But (former) President Barack Obama wants to take as many opportunities as we can find to make a real and lasting impact.”

The collective was formed more than two years ago to pursue the presidential center project, according to Mamon Powers, CEO of Powers & Sons Construction. The group submitted its proposal in early 2017 and was named one of four finalists in August.

The announcement comes amid a conversation in Chicago about large-scale developments and who gets to work on them. Historically, African-American-owned firms and minority contractors say they have struggled to secure large contracts, in part because they don’t have the access to capital or the expertise to bid on the projects.

Keep reading in the Chicago Tribune