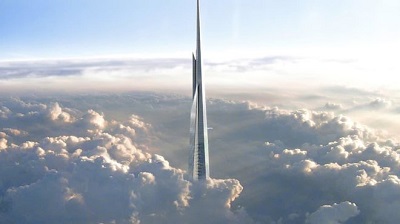 Real estate developers seeking to build the world’s tallest skyscraper in Jeddah have signed a 620-million Saudi riyal contract for infrastructure work at the site, signaling the project will go ahead.

The contract was awarded to local Al-Fouzan General Contracting Co. and the work is to be finished within 12 months, Jeddah Economic Co, the consortium behind the project, said in a statement late on Wednesday.

Construction of the Jeddah Tower, originally projected to cost $1.2 billion, has been underway for several years and officials have previously said the building will be finished by 2020. In its statement, Jeddah Economic Company did not say whether that timetable was still on track.

The project, conceived when the Saudi economy was booming, now faces a more difficult environment, as the country’s real estate market is slumping due to tough economic conditions caused by low oil prices.