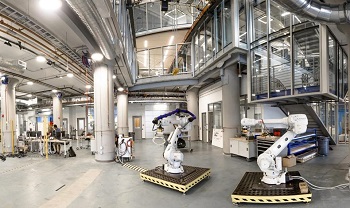 Construction Co-bots need to be smarter and more adaptive

In this article, I will delve deeper into robotics and automation in construction to look at how true autonomy might be achieved in a complex and high-risk environment, and what impact robotics might have on workers and the industry as a whole.

As AI becomes far more capable of dealing with nuanced and high-pressure situations without human intervention, more traditional pre-programmed industrial robots are becoming less useful in comparison. “Six-axis industrial robots are largely ‘mute’,” says Erin Bradner, Director of Robotics at the Autodesk Robotics Lab, “they are blind, they have no sense of touch, and [can’t really] respond to their environment.” As sensors are embedded into robotic arms and mobile robots as well, there is an increased emphasis on “introducing adaptivity into robots, to move beyond the paradigm of pre-programmed motion,” says Bradner. The utility of traditional industrial robots or robotic arms has been proven over the years, but with an increasingly digitized working environment and severe skills shortages—particularly in manual industries such as construction—more competent and independent automation is needed to keep up with the pace of innovation.

The limited ability of stationary robots to respond to their environment could be a huge hindrance in a scenario such as a busy construction site, leading to more work for those using the robot to allow it to operate effectively. Mobile co-bots that roam around the job site are far more responsive to their environments, but this can also be a hindrance if they aren’t smart, as Bradner explains: “co-bots are designed to be human-safe, they’ll stop when they encounter an obstacle, but you don’t want your project stopping every time a person sneezes.” To get past this deterministic hyper-vigilance, some co-bots like those of Scaled Robotics and Dusty Robotics are introducing adaptivity and more nuanced intelligence so that, as Bradner puts it, “the co-bot will be more flexible and responsive to its environment so that humans don’t have to adapt to the co-bot.” 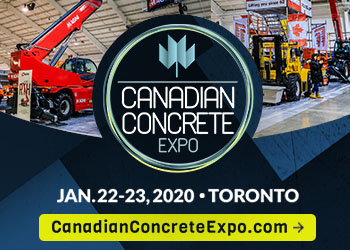