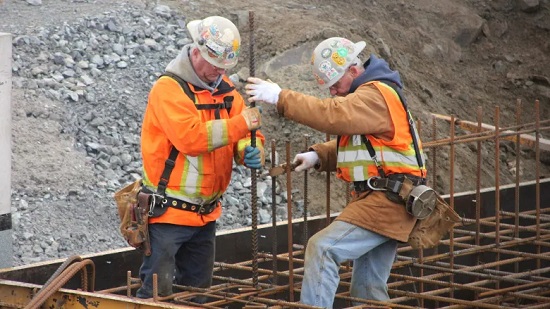 With new hospital buildings going up, renovation projects on the go, and a Nova Scotia Community College campus being built in downtown Sydney, construction is booming with projects worth more than $1 billion in Cape Breton Regional Municipality.

You might think that flurry of activity would put a dent in the island’s stubbornly high unemployment rate, but it is stuck at more than double the provincial average, which is historically about where it usually sits.

Now a business group is looking at ways to bring that down.

David Campbell, president of Jupia Consultants and hired by the Cape Breton Partnership to work on an economic development strategy for CBRM, said the island’s unemployment rate can be deceiving, because there are jobs available.

“Now, it might not be the job you want that’s aligned with your skills and interests and education, but right now, just about anybody looking for work in the CBRM should be able to find a job,” he said.

The provincial unemployment rate in May was six per cent, the lowest it’s been since 1976. At the same time, Cape Breton’s rate was about 13 per cent.

Part of the problem is that seasonal work is common in Cape Breton and tends to skew the numbers, Campbell said.

His preliminary research shows about 30 per cent of Cape Breton workers report having collected employment insurance at some point during the year. By comparison, that number drops to about 11 per cent in Halifax.

Meanwhile, 44 per cent of workers in Cape Breton hold at least one part-time job.